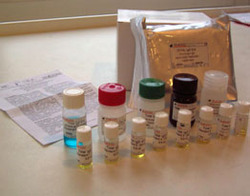 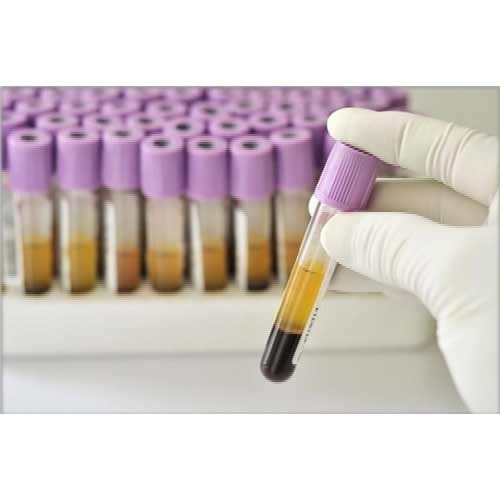 There are some possibilities to examine the individual sensitization. The common diagnostic procedures for detection of IgE mediated allergy encompass the following tests:

An immunoassay allows quantifying the concentration of IgE antibodies (In total or allergen-specific antibodies).

The immunoglobulin E in the patients blood is bound to the monoclonal antibodies and specific allergens of the Specific IgE test. The concentration of IgE can be calculated. Levels of specific IgE that are higher than 0.35 IU/mL suggest that the patient has a sensitization.

For correct diagnosis of allergy the obtained results of specific IgE immunoassays have to be associated with clinical examinations, the case history of each patient and, if necessary, other test kinds.

Allergy is a common disease. A large part of the population of industrialized countries suffers from allergies and the number of affected people is rising steadily. According to the World Health Organization 20% of the world's population is affected by IgE-mediated allergic diseases.

Immunoglobulin E (IgE) is mainly responsible for the development of allergies. The predisposition to suffer from allergy is called atopy. It describes an Individual tendency to develop allergic diseases such as asthma, allergic rhinitis, eczema or dermatitis, conjunctivitis or even anaphylaxis/ anaphylactic shock.

It is well known that both environmental and genetic factors can lead to increased sensitivities against normal environmental proteins. Environmental factors include for example disproportionate hygiene, environmental pollution or repeated contacts with chemicals.

If an allergy occurs, general avoidance of allergens or medical treatment of the symptoms is often the only possibility to relieve the symptoms.

Allergy - What happens inside the body?

Allergy Is an Imbalance of the immune system. The body strongly reacts to, In fact, harmless substances. These substances are called allergens. An allergen is, according to the definition, a small molecule that provokes immune reactions. The list of possible allergens is still growing.

After allergen uptake, antigen presenting cells (APC) exhibit parts of this allergen on their surface to be recognized by T cells. The activated T cells subsequently stimulate B cells to produce antibodies directed cc this certain allergen.

When the mast cells get bound by antibodies, the mast cells get activated and release substances that can Induce acute inflammation, bronchial asthma, urticaria or hay fever. These reactions occur within seconds or minutes depending on whether the allergen is already known to the body and if the specific antibodies still exist or not.